My friends Rick & Randy travel a lot and they have invited me to join them on numerous occasions – from live aboard dive boats to snowmobiling in Iceland. Timing never seemed to work out, so I was super-excited to rendezvous with them in Bali.

Given my unemployed status, they agreed to slum it at one of the more reasonably priced (but still 5 star) hotels in the area. I somehow convinced The German we could afford to splurge a bit and immediately made a non-cancellable reservation (at a very discounted rate).

The Viceroy did not disappoint. We were welcomed with flower necklaces and mojitos while overlooking the beautiful property.

Each “room” was actually it’s own villa:

We had a massive bedroom, outdoor bathtub and shower, and a private plunge pool:

Each villa was positioned overlooking the hillside, so it felt like you had the entire resort to yourself.

For some reason, they thought it was our honeymoon. It’s not beyond me to fake something like that for some extra perks, but in this case, I have no idea where they got that impression. I wasn’t going to correct them and have them take away this free cake, though: 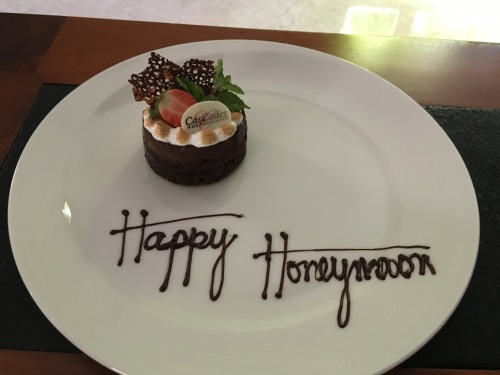 Service was impeccable, the property was gorgeous, and even the food was amazing. It’s impossible to have a bad day when you start it with an amazing 3 course breakfast overlooking the lush landscape! 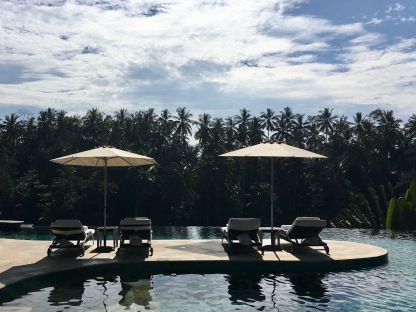 Even though we had our own little pool, the 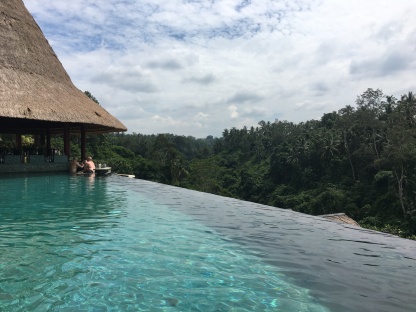 It even had a swim up bar…

We intentionally didn’t do too many tourist things before Rick & Randy arrived because we knew they would want to maximize their time in Ubud. In just three days, we… 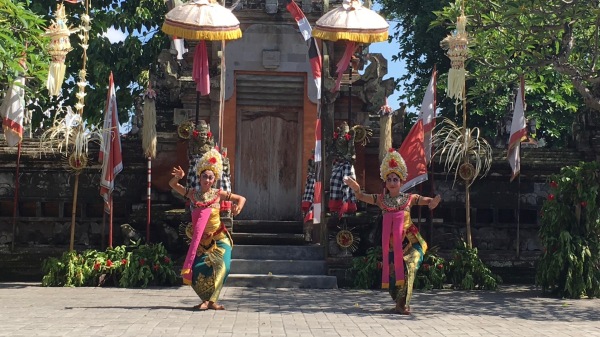 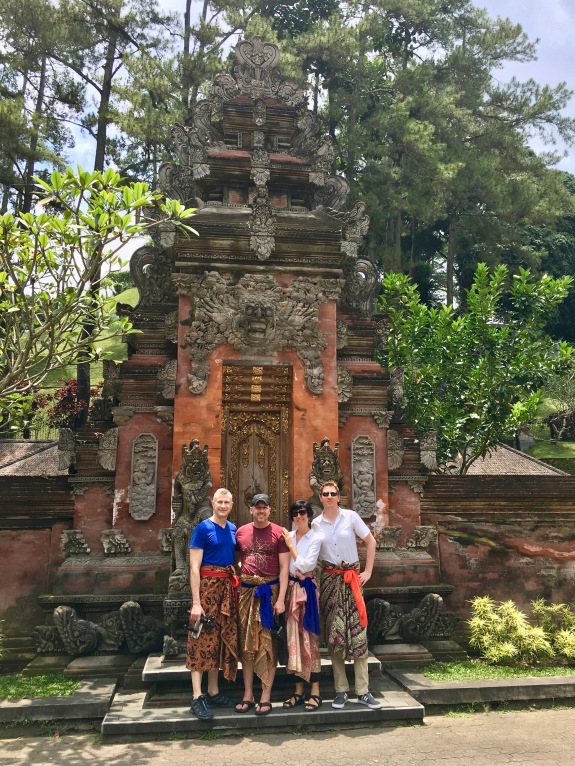 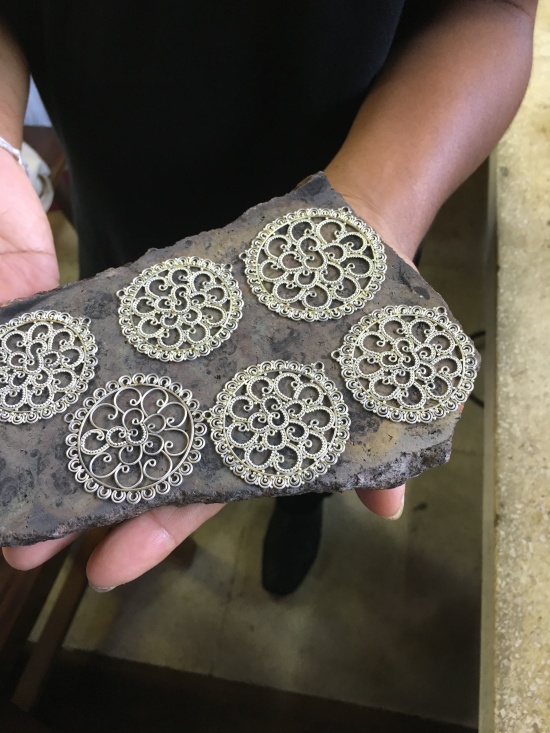 had lunch by a volcano: 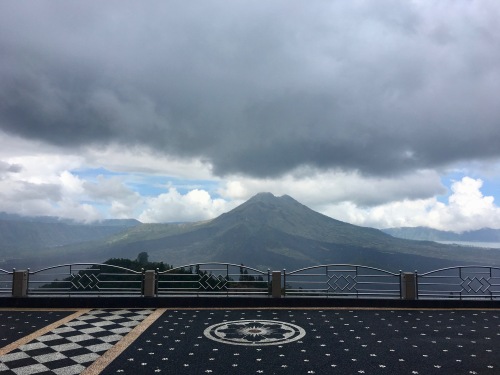 flew Randy’s drone near a waterfall: 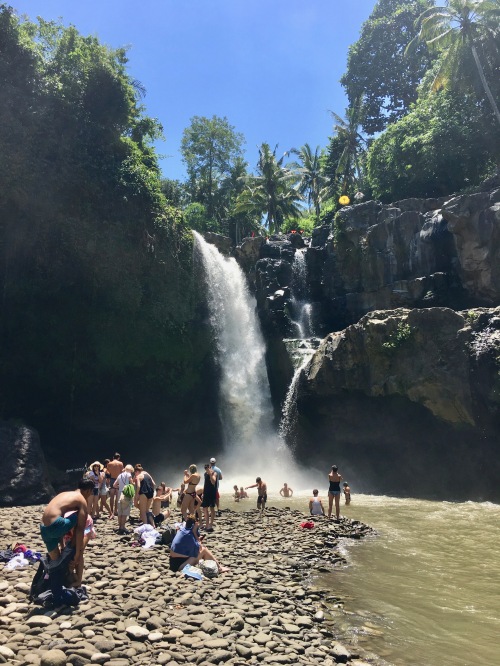 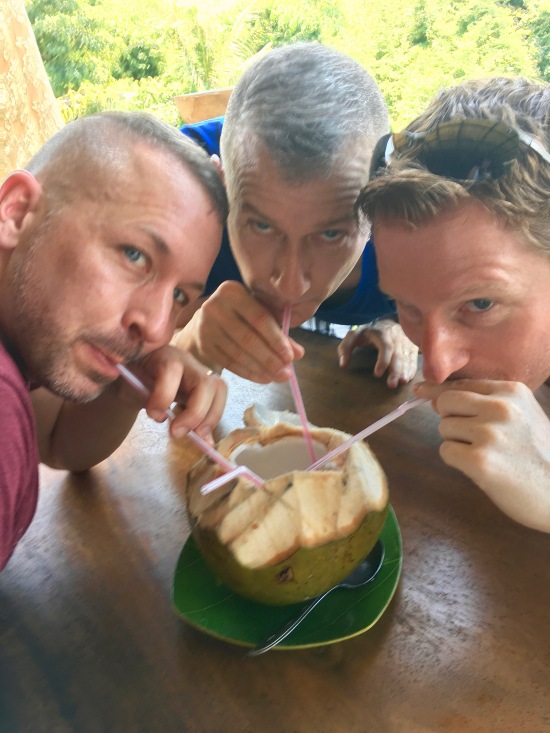 went to a gorgeous spa: 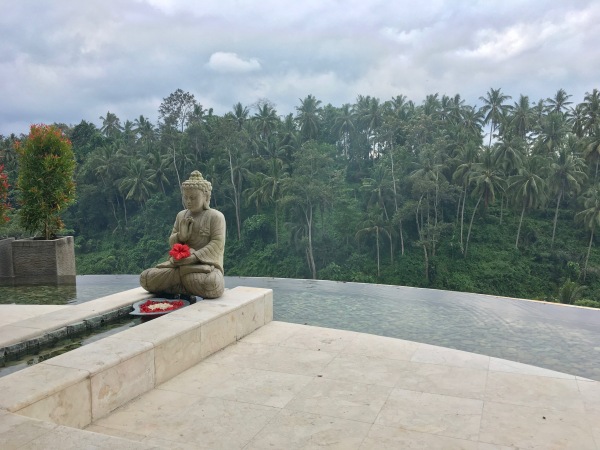 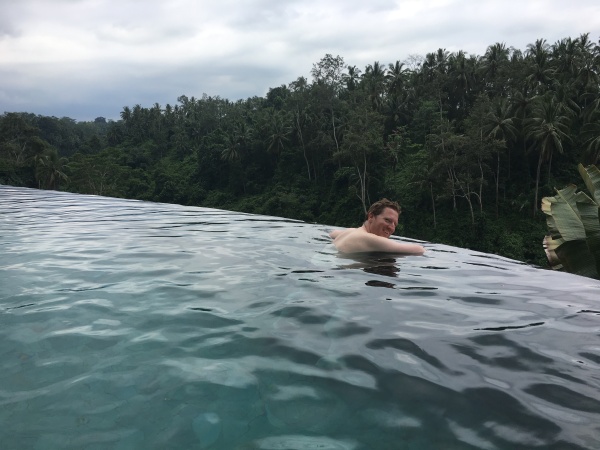 tasted lewak coffee, took an early morning bike ride through the rice paddies, and went white water rafting! Somewhere in there, we also managed to have several great meals and found time to sleep.

One of the highlights was visiting the Sacred Monkey Forest.  This beautiful park on the edge of town is home to 115 different species of trees, 3 temples, and about 600 long-tailed macaque, who roam freely throughout the park (and beyond). 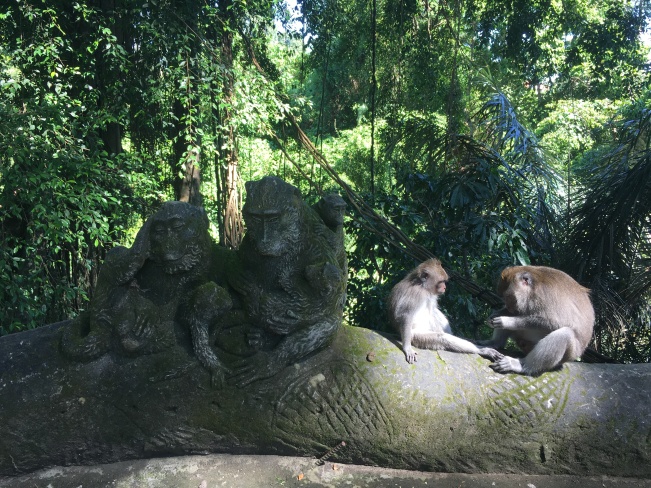 The park is owned by the local village and everyone is thrilled to have the monkeys around, despite their sometimes naughty behaviour.  Not only does this tourist attraction create many jobs, but the community uses the profits to fund religious ceremonies and temple festivals. It is also a way to encourage balance between people, nature, and spirits – a key value in Hinduism.

As everyone warned, the monkeys were very friendly:

And though they were very cute, some of them were quite aggressive…  A large male challenged Randy when he came too close, no doubt fearing that Randy was trying to steal his coconut.  A bit later Randy got chased down the path with a younger monkey grabbing at his ankles. (Rick and I were so busy screaming at Randy we missed our chance to get photos.)

Despite their dislike of Randy, it was hard to deny their charm and amazing to get so close to them: 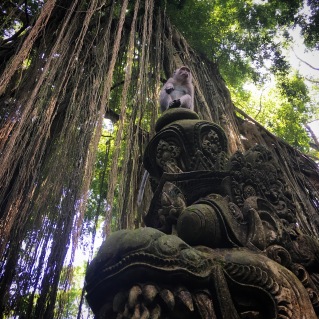 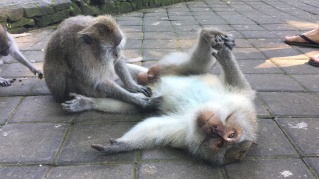 There were 7 of us staying at the hotel as Rick & Randy had an entourage headed on a diving trip after Ubud. Our social group was quite a contrast to the other guests, who were primarily honeymooners seeking privacy.

Each room was a little different, so Randy had the great idea of a roving room party. It took quite a bit of explaining before the staff understood the request to bring the bottles of champagne to different rooms every 30 minutes, but it in the end, it worked out perfectly! We had a great time seeing the different room layouts and swimming in each others’ pools, all while sipping champagne! 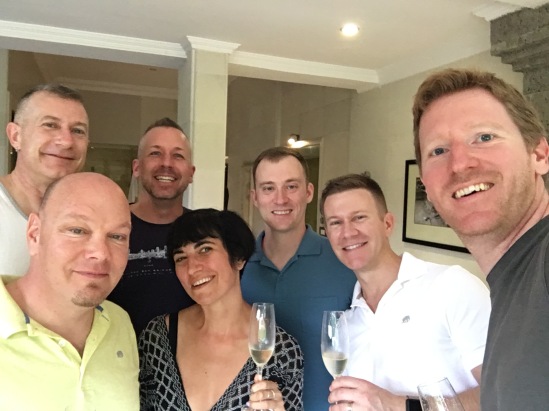 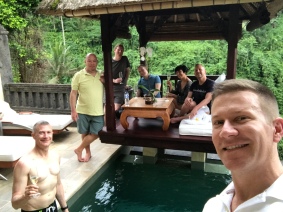 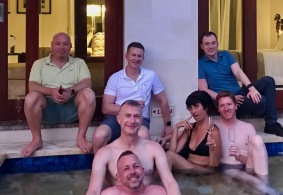 (Not pictured is the final stop in Rick & Randy’s room, but you can imagine we were a bit sloppy by then..)

It was incredibly fun to spend a few days in such a luxe setting with old friends (and make a few new ones). We definitely made the most of our time together, filled with a lot of laughter and great conversation.

The guys all headed to Komodo for dragons and diving while The German and I went to Kuala Lumpur for a few nights. Next up for us will be the jungles of Borneo to see orangutans, sun bears, bats and proboscis monkeys!

So happy my local ice cream spot is back open!
Big ♥️ to @cjunwin - I don’t think I would have made it through Lockdown 3 without his weekly zoom dance cardio party
Happy Easter! Hot cocoa with easter spice bunny marshmallow
My dream chair has arrived!!
Spring is on its way...
I look forward to someday drinking champagne with other people in the same room. Until then, I have @bubbleshoplondon